UR Case Study: Launch of an Idea

UR Case Study: Launch of an Idea

The main idea of UR (Universal Restaurant) came on my plate on around 2 years ago, this time of the year, May 2017. The first thing I saw of UR was a large spreadsheet sent by my client, with 9 colored tabs and lots and lots of ideas cooking inside it. 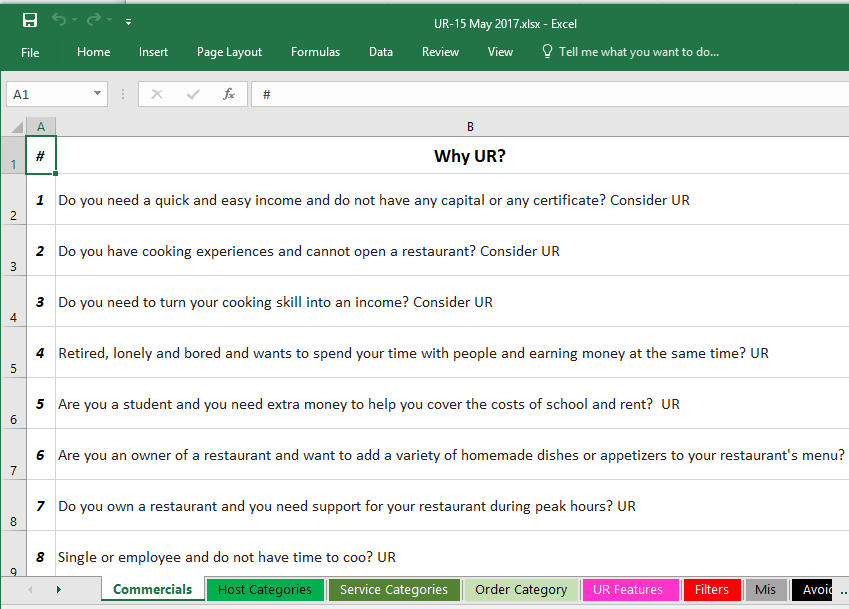 The first thing that came to my head was that WOAH, so much information! However, going through all the tabs and all the information, I started organizing the information and spoke to my client and over a period of 2-3 months we managed to narrow down the large spreadsheet. Initially, there were 9 main services, which was narrowed down to 3 (Eat at Cooks, Pick up by User, Prepare & Deliver by Cook), the rest were to be done in future phases.

However, other than the main info, and main target which was to be a universal platform for helping all around the world, there were other complications to consider, such as which country/part of the world to start from? What payment gateways to use? What type of hosting will we need? Also, other technical issues, such as the carrier to use, gateways that allow multi-vendor payments, and how to simplify the platform and UI to make it user friendly and appealing. On the client side, there were complex business issues to resolve, from registration, GDPR, compliancy with California law and regulations, trademark issues, and of course, to work with a team remotely.

The Universal Restaurant, “UR” (pronounced ‘oor’) idea was born as a small for-profit business to financially support low-income single parents, especially those with children. The platform brings people around the world together, joining cultures, dishes, photos and videos of different cuisines, allows those abroad to eat their traditional homemade foods. Also it opens doors for those who need extra money, from students to people with cooking experience that can’t open a restaurant, and allows chefs to share their talents with busy employees, families that want traditional food (rather than fast foods), those who want to meet new people, and much more. 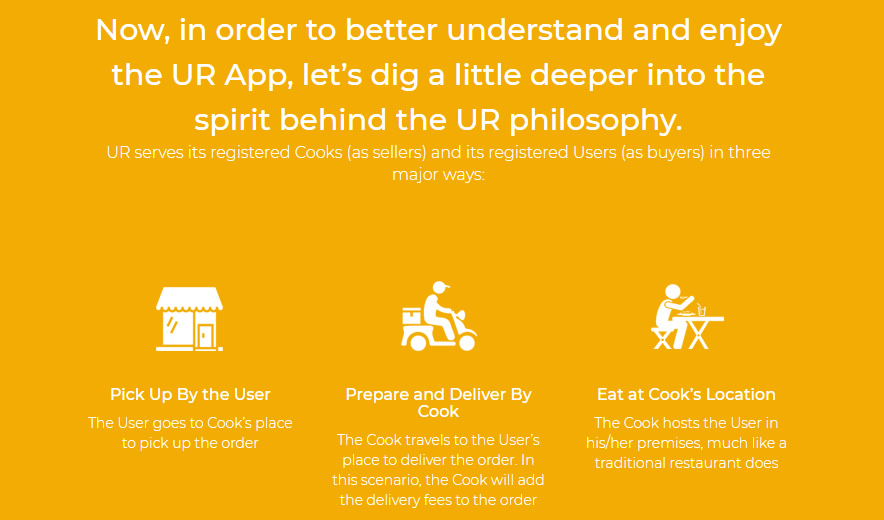 The project development started in August of the same year, 2017. The project was divided into these parts to simplify and get the wheels rolling:

Basically this phase is to detail out the SOW, and our teams work tightly with the client to document every single detail of the platform. From the screens, user flow, functionalities, and much more. In this article, the main startup steps are also explained.

These articles will also help guide you to document out an SOW or technical document of your project (of course there are a lot more out there but these will help you start):

In this phase, our development team worked with our design team, and project manager to gather the info needed to design the database and wireframes.

The database design was created using draw.io, which integrates with Google tools, and makes a great tool for documenting your ideas, and allows collaboration with team members. 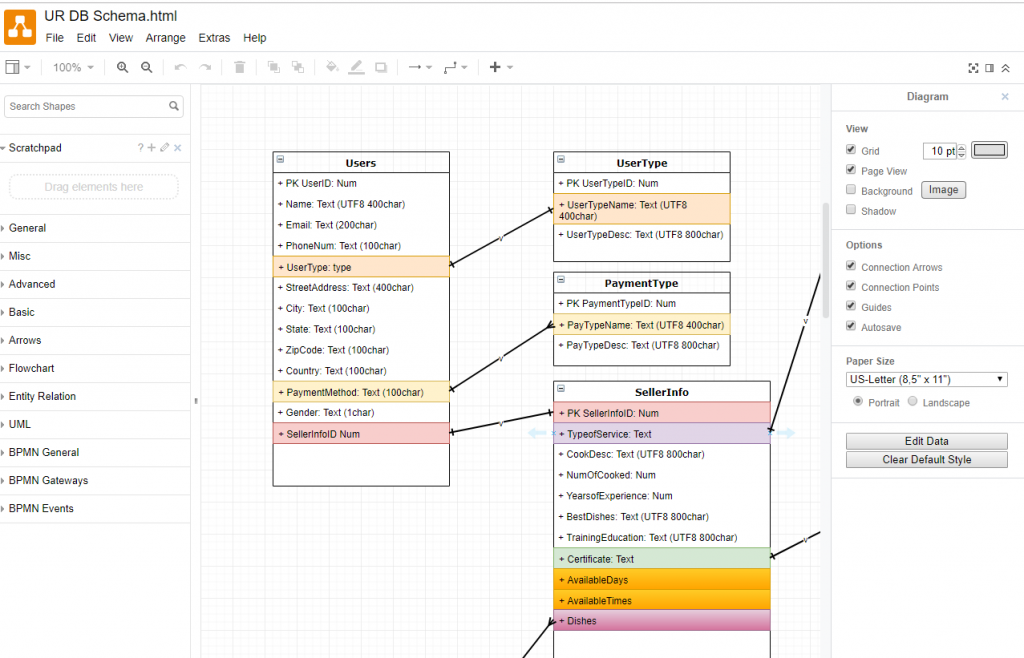 At the same time, the wireframes were sketched out using Adobe Illustrator, and using Invision App they were added as a new project where the flow was clarified, and allowed the team and client to go back and forth with commenting on the flows to make sure we were all on the same page. 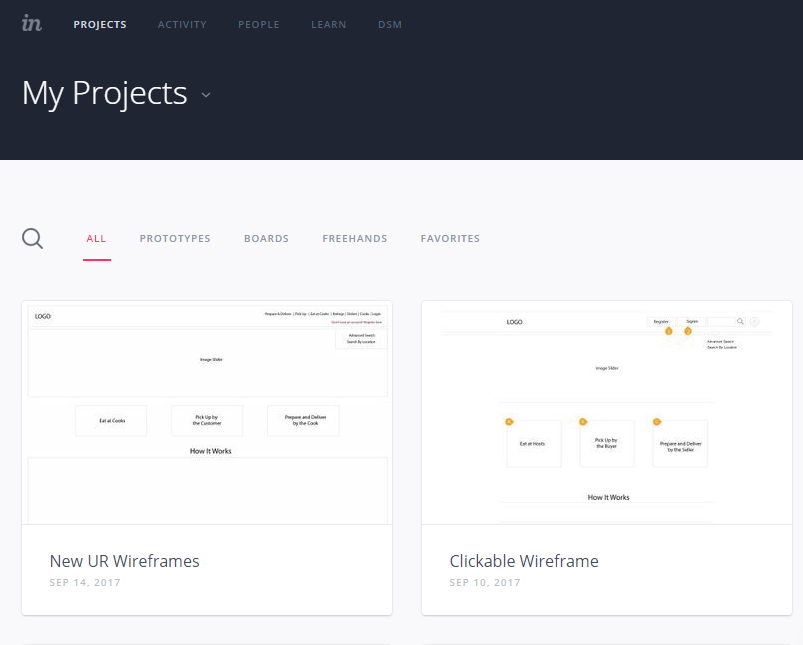 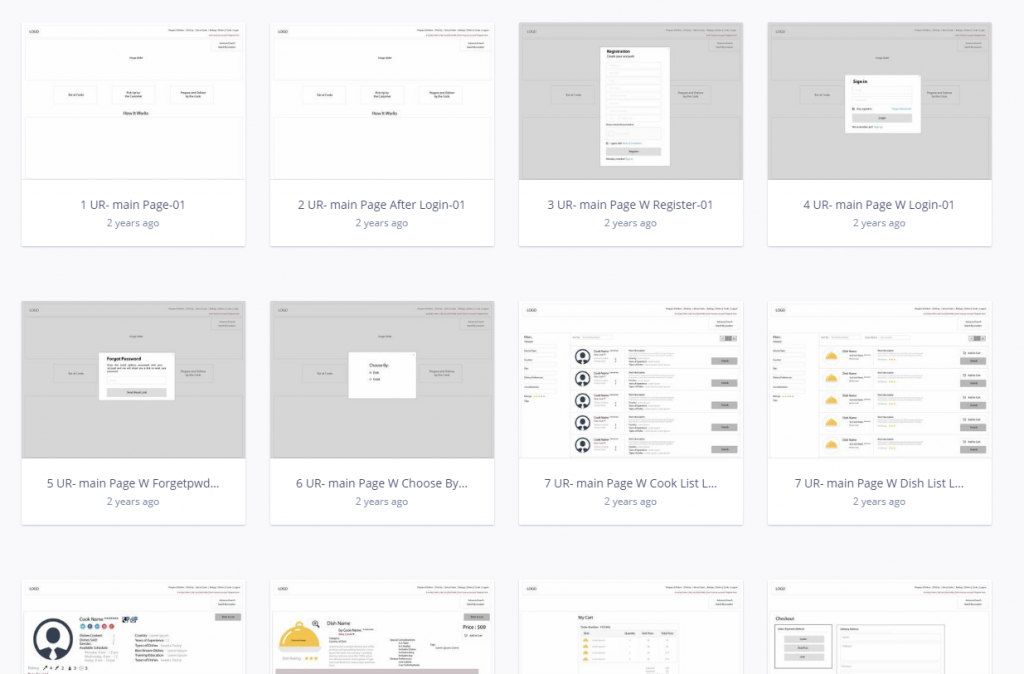 Cooking the Logo and Main Colors

The credit to the appealing colorful design and logo will go to the client himself because of his sparking ideas. The logo main idea was a few concepts, from a ladle pouring sauce, converting into UR, or a compass needle with the North being a fork and the South being a spoon, pointing to UR, or other concepts from steam from a pot forming UR and more. Lively colors were considered for the pallet, from turmeric yellow, wasabi green, chili red, saffron brown and carrot orange. 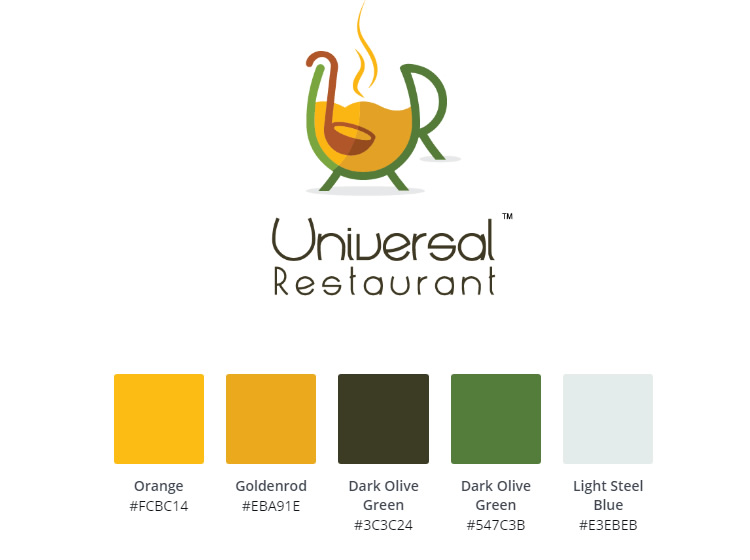 The same coloring and concept was used to design the front end, including two sided menus to allow full usage of the screen, as well as easy conversion for language changes. 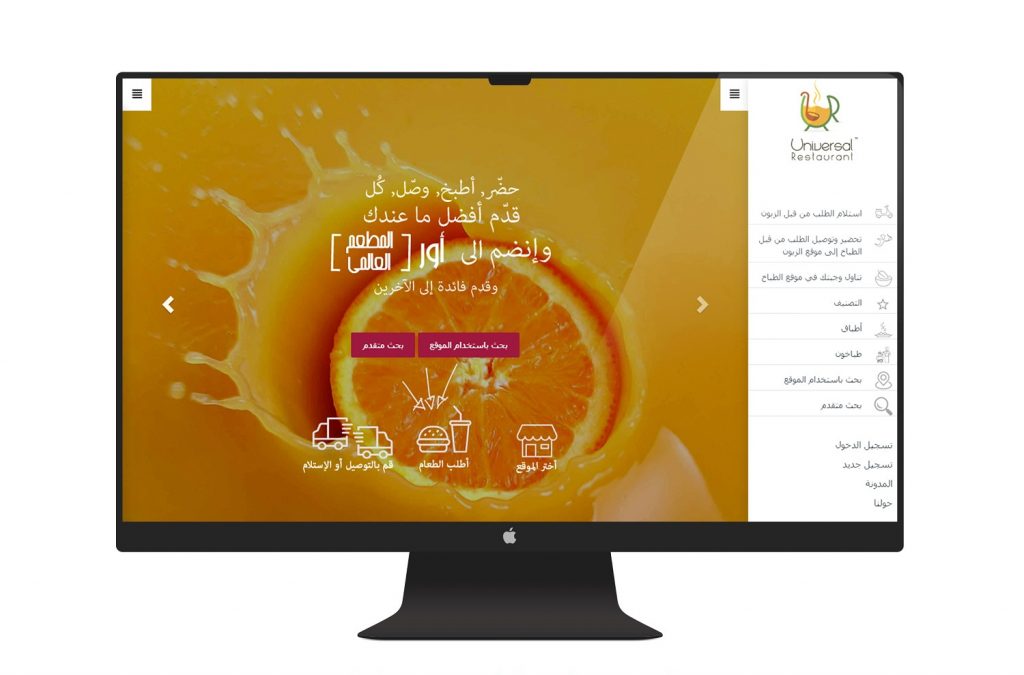 Once the preparations and base work was done, the development started. The main platform backend is based on Cake PHP, and the front end is made using HTML5, Javascript and CSS. The platform uses multiple APIs for the functionalities, and though the platform is rich in algorithms for the ranking, ordering and connection of cooks and customers, it’s a light and responsive and user friendly platform.

Other technical challenges in the development included integration with a carrier, that will allow online sms and calling, in which Twilio was used. The most challenging part was to find multi-vendor payment gateways that would be available for the main target audience (Middle East). For the time being we have used PayPal Adaptive Payments (to be updated later on to Marketplace and Braintree), as well as Stripe. COD is also available for some countries. The initial launch of the website was the first day of Spring, also known as Nowruz in the home country of the client.

Challenges faced in the front and backend development include:

The next phase, which started in the first months of 2018 was the Customer App. In the customer app, frontend users will have the app to work with and order their favorite dishes directly from their pockets. The initial release of the Customer app was on Christmas Day of 2018, and updated many times from then.

Challenges faced in the app development include: 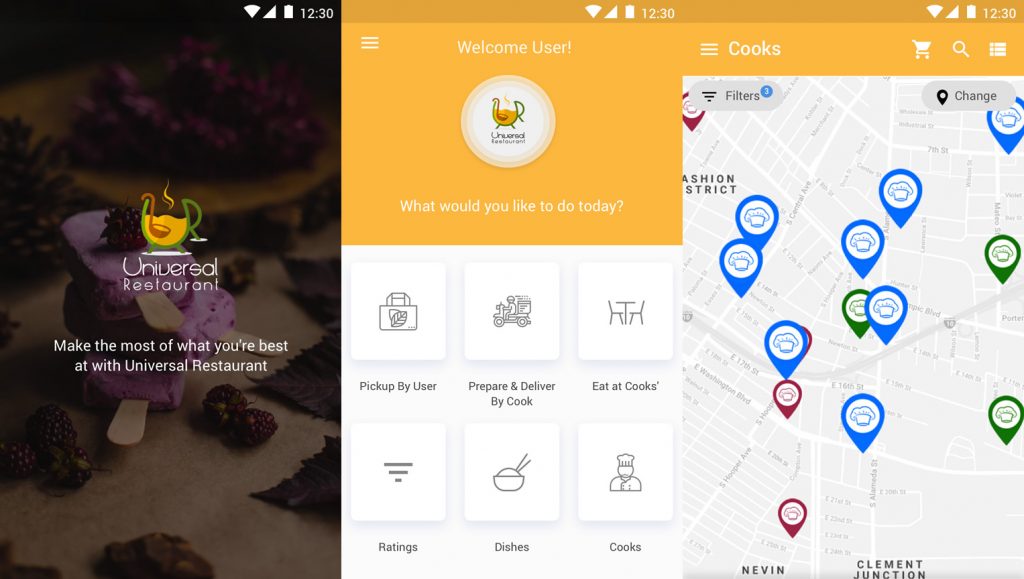 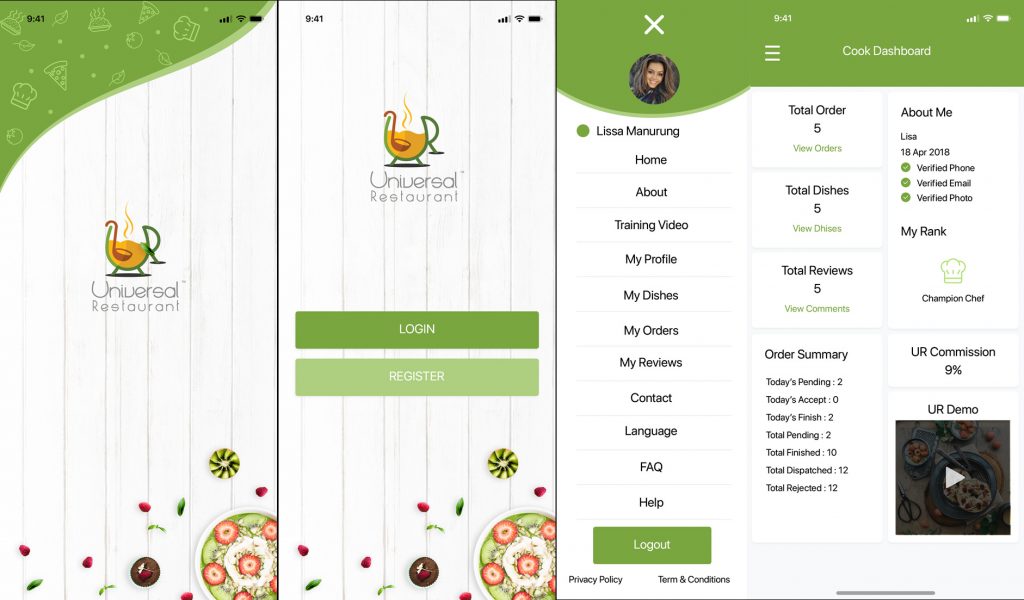 The UR platform also includes a dynamic blog ready for guest bloggers, based on WordPress. Also, it has a helpdesk support system based on Hesk, allowing chefs and customers to use the ticket system to get the support they need.

Conclusion of UR Case Study

The 2-year project of UR taught our teams a lot, but one of the main elements that made it possible was tight team work, within the teams and with the client, constant patience to overcome unforeseen obstacles, and constant testing testing testing.

Needless to mention, our sister company CDS also contributed to this project, by creating these great intro videos, and recreating the tutorial documentation. They also created two lovely characters (Cookie & Foodie) that were solely created to represent UR’s adoption to simplicity, friendliness and loveliness to its audience.